Born in the 80s, embraced Saturday morning cartoons, travel soccer, boy scout camping trips, my mushroom haircut, and Sunday church growing up. High school was awkward and I graduated 6th out of a whopping 48 in my class (the top three missed a combined 10 questions on their SATs…) with Varsity letters in soccer and swimming at 6’1″ and about 160 lbs soaking wet. I was an early adopter of Napster in college, enjoyed summers down the jersey shore, gained some muscle mass with chest on Monday, back on Tuesday, etc and went out at least 4 nights a week upon receipt of my first after college paycheck. Grew out of bar tabs and bought a house in 2007. Broke my finger playing Thanksgiving flag football in 2008 (due to the slight linebacker status), started CrossFit April 2009 as a suggestion on how to train for parkour. Won the Paleo challenge in June, forgot all about parkour, and started interning as a coach in November. Received my L1 in January of 2010 and by February of 2011 had decided to open up my own box. Had my first official Veracity Athletics wod in a park on June 2, 2011, ran a 50 mile ultra marathon and seriously considered never using my legs again (obviously a short lived consideration), and have been coaching and running my own business ever since. Oh, and I owned only VW TDIs from 1999 until Dec 2015 – not because of the scandal nor the fact that it had over 304k miles on it but because of a small fender bender due to texting in the rain. I would buy again. Finally, it is tough choice but I’m Team Superman over Team Batman. 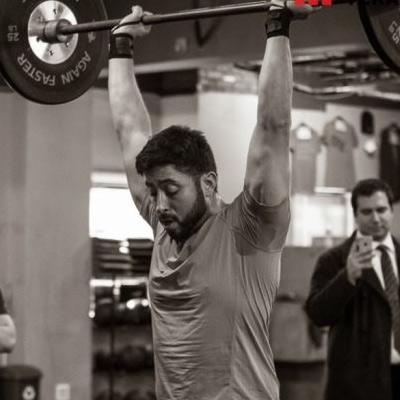 Fill out the form for a no sweat intro

Where do you want us to send our membership pricing information?